1. LITTLE NELL CAMPBELL was an Australian actress who sang "Do The Swim" in "The Rocky Horror Picture Show". She also had a disco version of Peggy Lee's "Fever", which you played. An Australian writer and newspaper columnist, Ross Campbell, called her "Little Nell" after a Charles Dickens novel. When she moved to Britain in the early 70's, she sold clothing at Kensington Market, right next to Freddie Mercury's stall. She also tap danced, which led to her being in "The Rocky Horror Picture Show". She also appeared as Nurse Ansalong in the sequel, "Shock Treatment". In 1975, she accidentally exposed her breasts on British television. The unedited video made it onto blooper reels. This was well before the Janet Jackson debacle. She also played a groupie in Pink Floyd's "The Wall" film.

2. FINISHED TOUCH wasn't actually a group at all, but a loose conglomerate of Motown songwriters, who pooled their talents for their one album. The group featured Mike and Brenda Sutton (I have a Northern Soul 45' from them). It also featured Kenny Stover. He is the cousin of Harvey Fuqua of The Moonglows. Kenny was also purportedly a friend of Marvin Gaye, who first sang lead on The Moonglows' "Mama Loocie" single, and it is said that Kenny contributed some backing vocals to Marvin's "Inner City Blues" on the "What's Going On" LP. His brother, Elgie Stover, also contributed to the album.

3. PIECES OF A DREAM took their name from a Michel Legrand tune called "Pieces Of Dreams". Jazzman Stanley Turrentine first performed it, but they also covered the tune, where they got the idea for their name. The late Eva Cassidy also sang two songs on their "Goodbye Manhattan" LP. The R&B/jazz band got their start in Philadelphia in 1976. Their cover of "Careless Whisper" was featured on their album, "Joyride". Maurice White played percussion on the record, along with Lenny White, the drummer with Chick Corea's Retrurn To Forever.

4. THE FINK BROTHERS are actually members of a band you might know! Graham "Suggs" McPherson and Carl "Chas Smash" Smythe were the two vocalists in this 1985 side project. You might have heard of their main project. They were members of this little London group known as Madness! You know..."One Step Beyond", "Our House", "Michael Caine", and all of that!!! They took the name "Fink Brothers" from the comic strip, "Judge Dredd". The name Fink Brothers comes from the character of Fink Angel in the comic.

5. MACHO was made up of French-Italian businessman Jacques Fred Petrus (Change) and Italian musician Mauro Malavasi. The lead singer on "I'm A Man", their Spencer Davis cover, is a man by the name of Marzio Vincenti. They released an 18-minute version of the tune, as well as an edited 7-minute version. Marzio also did a 12" version of "Phantom Of The Opera" in 1981.

6. JIMMY SPICER released several early rap singles in the late 70's and early 80's. He was signed to Russell Simmons' (Def Jam) Rush Management. In fact, Jellybean ("Who Found Who", "The Mexican") Benitez' first remix was of Jimmy Spicer's single, "The Bubble Bunch". "The Bubble Bunch" was featured in the film, "Dude, Where's My Car". Warren G also sampled a lyric from "Super Rhymes" on his "Regulate..." album. Rappers like Slick Rick owe a lot to his early "storytelling" style. Another single worth looking up is his "Money (Dollar Bill Y'All)".

7. BORIS BADENOUGH was the alias of one Dean Anderson, a Chicago-based record producer. His song, "Hey Rocky!" used samples from the cartoon "Rocky & Bullwinkle" and was supposedly a taunt to a rival record company boss named Rocky Jones of DJ International. Larry Sherman, who owned Trax Records, apparently despised the man, and was excited to put this record out, after Dean presented the idea to him. By the way, William Conrad ("Cannon", "Jake And The Fatman") was the narrator of the cartoon series. Rocky and Natsha were voiced by June Foray. Bullwinke was voiced by Bill Scott. Boris Badenov was voiced by Paul Frees. These were the voices of the original cartoon series. 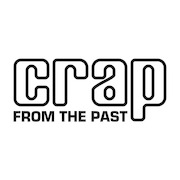 Uploaded by crapfromthepast on February 23, 2014